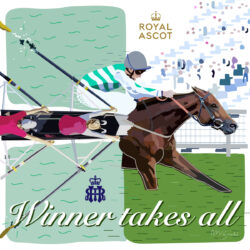 Or a graphic designer critique of promotional posters for the English Social Season? The English Summer Social Season has traditionally run from Easter to August 12th (the start of the grouse shooting season), allegedly to keep the upper classes entertained over the summer whilst Parliament was still sitting.

That some of the events have been taking place for over 300 years is a testament to the popularity of the ‘Season’…or to the enduring snobbery of the English upper classes?!

So, in one respect, the events are fixed in time, with little need to promote themselves…but then again, time marches on and tastes fluctuate, so from a graphic designer’s point of view, which of the events are most successful at promoting themselves?

Compare posters of the two events and it becomes clear that Royal Ascot has an advertising budget for print media and relies on it for gaining customers. Its poster utilises typography, photography and copy-writing to create an attractive and sophisticated package.

Henley Regatta’s poster meanwhile is more a memento of the event with a pleasing retro imagery. Its typography is rather crude, with no additional information to attract potential customers such as ticket prices or where to buy them? 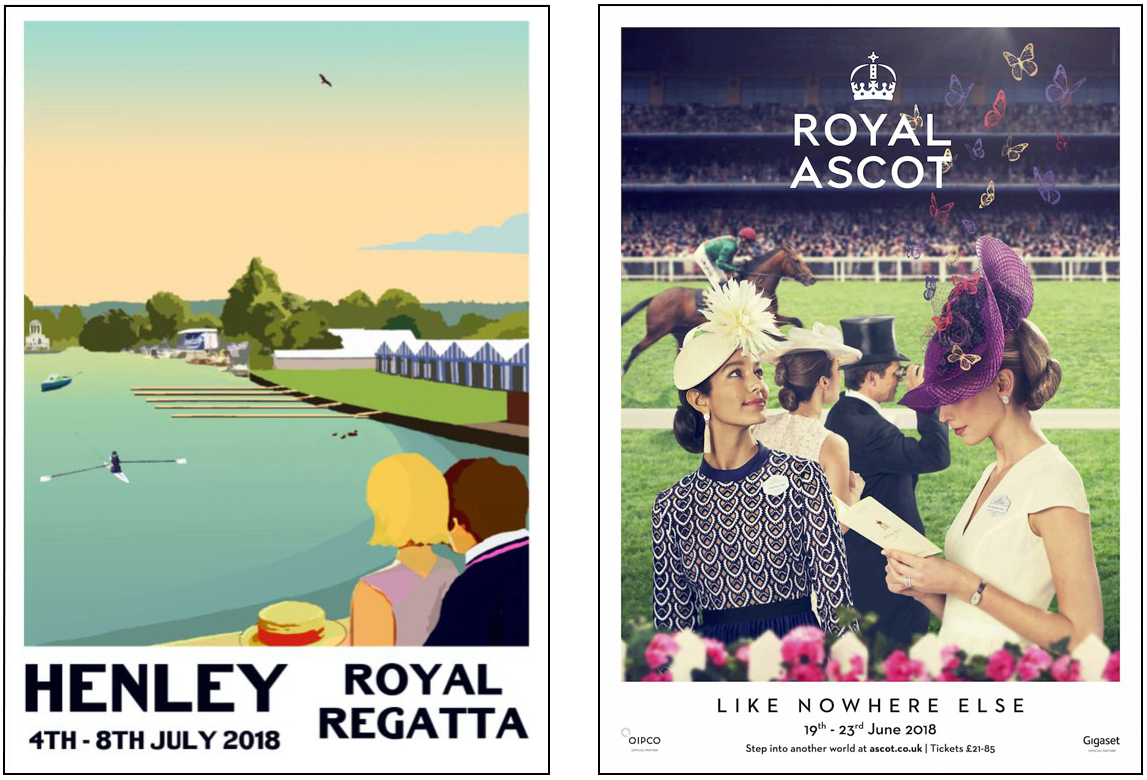 Which do you prefer?

What’s in it for my business?

A promotional poster for your business (or for a particular event) should reflect not only its ‘essence’ but also help to drive its objectives, be they brand exposure, customer retention, or whatever else you are looking to achieve.

A good graphic designer understands what can ‘work’ for your branding (and just as importantly, what does not ‘work’) and can construct any marketing material accordingly.

Of course, if your business has been around for hundreds of years and isn’t really looking to attract new customers then look away now…but for those businesses seeking to thrive in the new digital world, a graphic designer who can work across a number of different mediums should be an essential component of your marketing strategy.

So, who’s the winner?

Henley Royal Regatta is one of the best-known regattas in the world and was established in 1839. It is a highlight of the summer sporting calendar and also the social season.

Ascot Racecourse was founded in 1711 by Queen Anne and it too is a highlight of both the summer sporting calendar and the social season.

Compare posters of the two events and:

Comparing the two it becomes clear that persuading potential customers to become loyal, paying clients needs an agency that not only understands the difference but has the ability, creativity and experience to make a real difference.